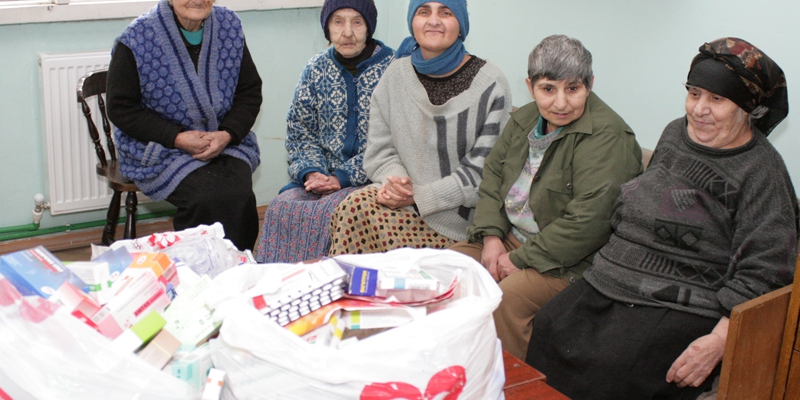 Support for the Nursing Home in Rustavi

On the 10th of February the representatives of the Charitable Fund of “Aversi” visited the nursing home in Rustavi. “Aversi” has been always supporting the nursing home with medicines and now the charitable fund implements this activity.  The nursing home has been functioning since 1992 and for the present time about 28 old people live there. It occupies the building of the former kindergarten. As seriously ill, as well as bedridden people, not having the ability to move and care about themselves live there. The only income of the nursing home is the pension of elderly people and the grants from benefactors.

-“When the representatives of the company visited us for the first time, they provided us with food products. Later, they examined our nursing home and asked us what we needed and since that day they have been providing us essential medicines. The attention paid to us is really priceless. Thank you very much.”- said the head of the nursing home and pointed out that if not the support from such benefactors like Mr. Paata Kurtanidze, the nursing home would not be able to solve all the problems. Thanks to them and God’s grace, elderly people are surrounded by love and care.