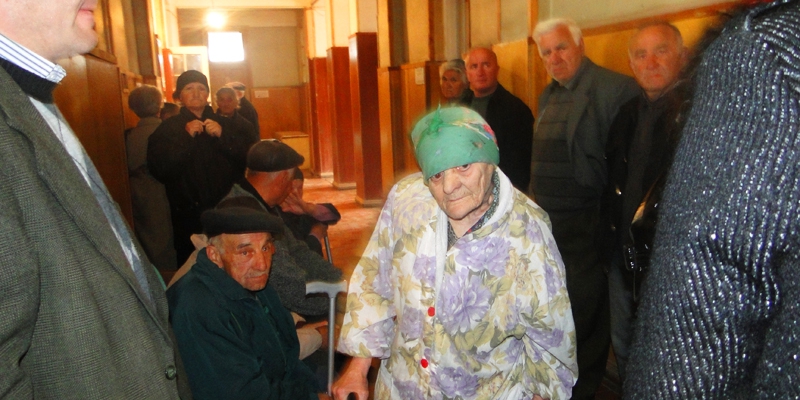 Support for the Free Dining in Dusheti

On the 16th of April in Dusheti upon the initiative of Mtskheta-Mtianeti district administration and Dusheti municipality there was held a charitable event. The Charitable Fund of “Aversi” also took part in the event and provided the dining for poor people with medicines in the amount of 2013,30 GEL. One of the organizers of the event was a non-profit organization “Adamiani”. The head of the organization is Giorgi Atashvili:

-“I’d like to thank all organizations that took part in the event, particularly the Charitable Fund of “Aversi” that always supports poor people and takes active part in similar events. Within the framework of the event up to 90 persons visiting the free dining were examined by the doctors and received medicines.  Such support for old people is really priceless. They all are very grateful and full of positive emotions after the event.”-pointed out Mr. Giorgi.

For the first time the fund took part in supporting free dining for poor people; however, as the head of fund Mrs. Ketevan Nemsadze pointed out, the Charitable Fund of “Aversi” intends to take active part in similar events in the future.