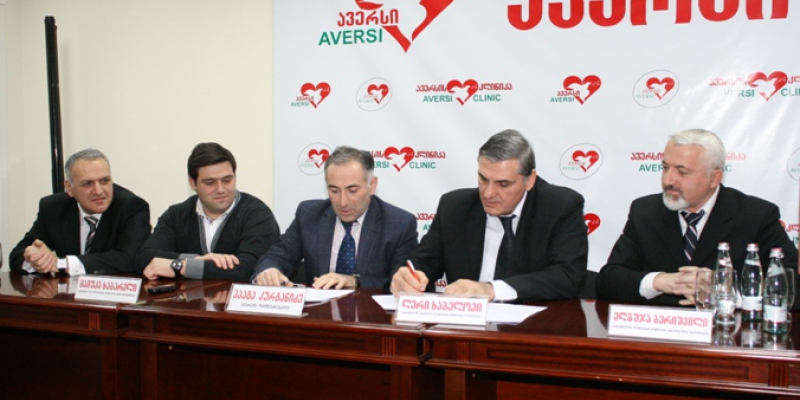 On the 19th of February 2009 for the first time the Olympic Committee and “Aversi” signed the memorandum according to which as active, as retired sportsmen have the opportunity to take any type of medical service at “Aversi Clinic”and acquire any medicines prescribed by doctors entirely for free. The memorandum is extended annually for the period of one year. This year, consequently, on the 7th of January the memorandum was extended. The briefing was attended by: the president of the National Olympic Committee Mr. Leri Khabelov,vice-presidents Elguja Berishvili and Mamuka Khabareli, the founder of “Aversi” Mr. Paata Kurtanidze, the general director of the network of “Aversi Clinic” Mr. Dimitri Jorbenadze, the director of the Charitable Fund of “Aversi” Mrs. Ketevan Nemsadze and famous sportsmen- Olympic champions and medalists.