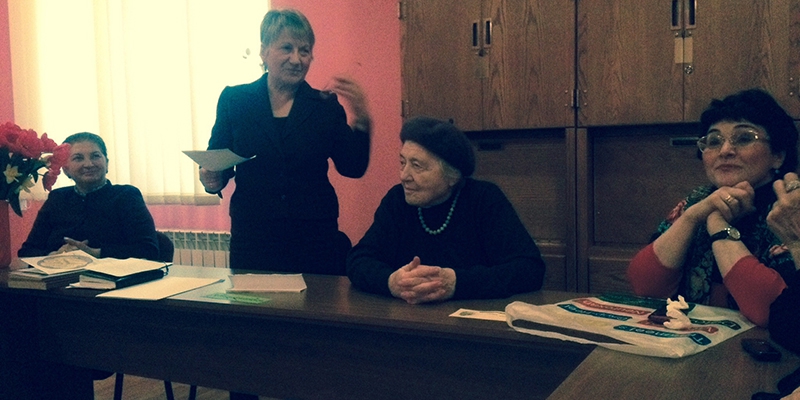 The Charitable Fund of “Aversi” supports “Women’s Council of Georgia”

The organization “Women’s Council of Georgia” was founded six decades ago and during this period of time it has been supporting socially vulnerable people, orphans and lonely women. The head of the council, the famous linguist and professor Mzekala Shanidze often applied to the Charitable Fund of “Aversi” for medicines.

On the 19th of March the organization held a thanksgiving meeting that was attended by poets, musicians, linguists, supporters, including the Charitable Fund of “Aversi”. At the meeting there were performed songs and the poetess Mzia Khetaguri read her poems. The head of the Women’s Council particularly thanked Mr. Paata Kurtanidze for the charitable activity he implements all over the country. All partners received symbolic presents.