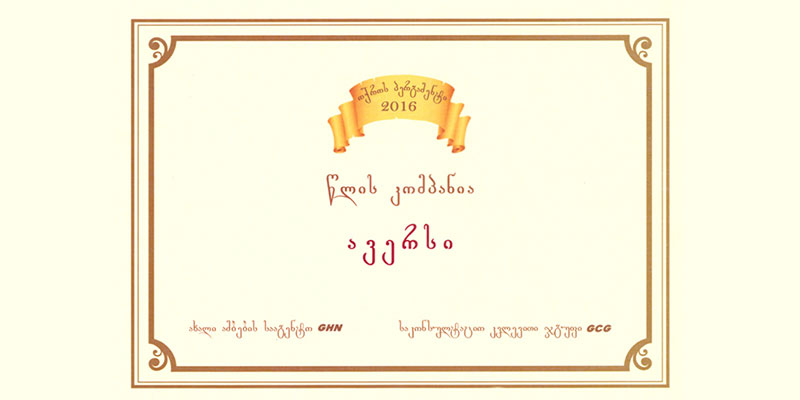 “Aversi” was announced as the Company of the Year

The sociological research based competitions have become a tradition in Georgia, as well as in Europe. Winners of these competitions in different categories are announced throughout the country by citizens, experts and non-governmental organizations. Taking part in such competitions is an honor and motivation for each contestant. At the same time, it’s really enjoyable to be appreciated by people for what you’ve been doing during the year.

Since the first event held by the news agency “GHN” 10 years ago, where the best companies and public figures were announced, awarding the winners with the “Golden Parchment” has become a tradition.

The winners were chosen on the basis of the survey conducted in Georgia - total 2157 respondents have been interviewed. 100 experts took part in choosing the laureates of the person and company of the year. 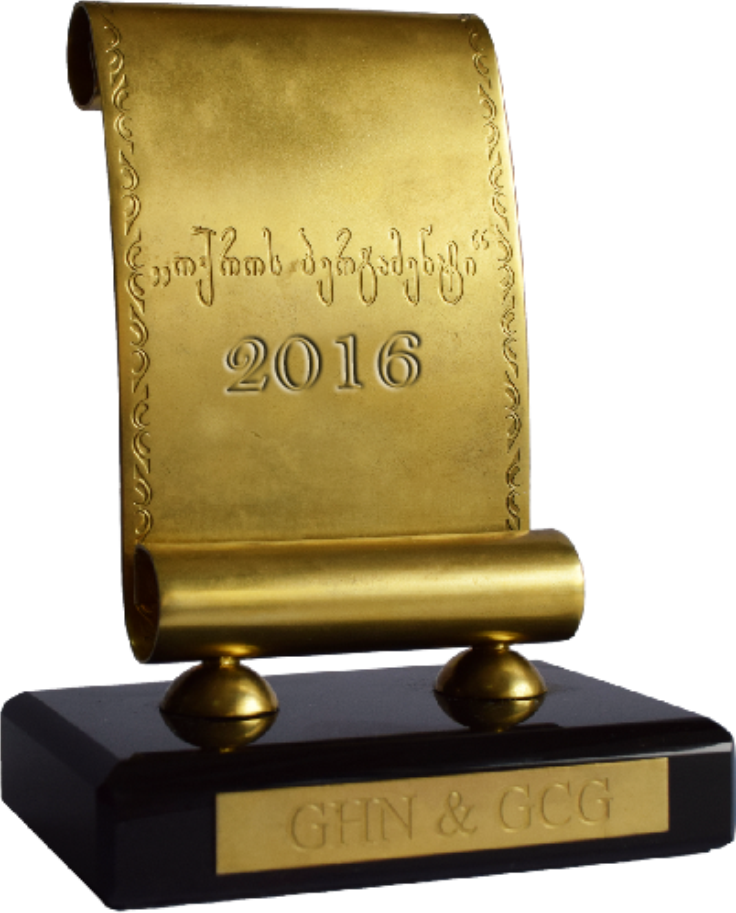 Awards have been given in 11 nominations: politician of the year, human rights defender, businessman, philanthropist, journalist, sports manager, the project of the year, company of the year, brand of the year, the TV show of the year and laureate of honor of the “Golden Parchment”.

“Aversi” was named as the Company of the Year. It’s been 22 years since “Aversi” maintains the name of the leader of the pharmaceutical market. Today its network of pharmacies combines more than 230 objects, however the company’s activity field doesn’t end here:

-Pharmaceutical enterprise “Aversi-Rational” is one of the strongest links of this brand. In a short time it gained certificates in compliance with the international standards of ISO 9001 (Quality Management Systems - Requirements and GMP EU (Good Manufacturing Practice European Union).

-The large scale project of construction of the network of “Aversi-Clinics” is one of the most successful projects launched by “Aversi”. Certificate of the German quality control organization TÜV SÜD – ISO was officially handed to “Aversi-Clinic” in 2013.

-Reconstruction and turning into a modern medical facilities of the K. Eristavi Experimental and Clinical Surgery Center and Academician Vakhtang Bochorishvili Sepsis and Infectious Diseases Clinic is among the successful projects of “Aversi”.

- "Aversi" has gained the reputation of the insurance market and has become the guarantee of peace and health of the insured people.

-The company is among the largest taxpayers of Georgia. It records several million Gel in the country’s budget every year. The number of employees of “Aversi” has overcome 8 thousand people.

Every step that “Aversi” takes is dictated by caring about the public health, therefore it’s no surprise that the company established itself as the great charitable organization – supporting the socially vulnerable families is the expression of the good will of the leaders of “Aversi”.

Since its foundation “Aversi” has gained plenty of certificates of appreciation, deeds as philanthropist and certificates as successful and recognizable brand.